Here's a list of every single iPhone Apple has launched since the original made its debut 13 years ago.
iPhone 2007
The original iPhone changed the world forever in 2007. Its multitouch screen and digital keyboard were highlights.

iPhone 3G
Apple upgraded the original iPhone in 2008 with a complete redesign and support for 3G networks finally allowing users to download files and surf the web faster.

iPhone 3GS
The iPhone 3GS, launched in 2009, had an S for "speed." It featured a faster processor than its predecessor and was able to cruise on even faster 3G networks that were beginning to approach 4G speeds.

iPhone 4
The iPhone 4, launched in 2010, introduced yet another redesign, this time with a glass body. It's the first time Apple included its sharp "Retina Display" and support for FaceTime. It's also the phone that made headlines for "antennagate" because cell service dropped if you held it the wrong way.

iPhone 4s
The iPhone 4S made its debut in 2011. This time the S didn't stand for speed, but rather for "Siri," Apple's brand new voice assistant. The iPhone 4 featured better cameras, too.

iPhone 5
With the iPhone 5, launched in 2012, Apple once again shifted the design of its iPhones. It changed from a 30-pin charging port to the current Lightning port. It also added LTE support for new 4G networks.

iPhone 5s
The iPhone 5s launched in 2013 and was the first iPhone to support Touch ID, Apple's fingerprint reader technology, and a new M7 motion processor that allowed users to track their steps throughout the day.

iPhone 5c
The iPhone 5C was also introduced in 2013 and was marketed as Apple's fun and more affordable iPhone with a plastic shell. It didn't offer as much storage as the other iPhones and also didn't have Touch ID.

iPhone SE 2016
n an attempt to cater to folks who still preferred Apple's smaller screens, which Apple ditched with the iPhone 5, Apple introduced the iPhone SE in 2016. It offered most flagship features, just with a smaller 4-inch screen.

iPhone 7 and iPhone 7 Plus
The iPhone 7 Plus has an advanced dual-camera system for Apple's "Portrait" photos. Both phones ditched the headphone jack and were introduced in new jet black, matte black and, more recently, red colors.

iPhone 12 mini
Apple iPhone 12 has a brand new 5.4-inch screen size. The handset is sitting between the 4.7" iPhone SE, and the 6.1" iPhone 12 models, but offers powerful hardware in a package that is smaller than the SE. Other hardware include OLED display, 5nm Apple A14 Bionic processor

iPhone 12
5G speed. A14 Bionic, the fastest chip in a smartphone.
An edge-to-edge OLED display. Ceramic Shield with four times better drop performance. And Night mode on every camera. iPhone 12 has it all

iPhone 12 Pro
The iPhone 12 Pro features a 6.1-inch display (a bit bigger than the 5.8" on the iPhone 11 Pro) and starts at a price of $1,000, and arrives in Apple's three signature colors: silver, graphite, and gold, as well as a fourth, brand new color option, a blue model.

Hi, I know you won’t answer but, let’s say you had an iPad and you’d like to replace it for a phone, would they let you even if you already unpackaged it and everything?

@Lesland1 YT why did say that😂

I CANT THE GURL WITH THE BIG BUBBLEGUM WHAT IF IT POPS OR WHAT IF U GOT TO SPACE AND U CANT BREATH 9:45

For me iphone 8 commercial is the best

I never knew that lol

Remember when people were so hyped with iphone 7’s camera. Now, we have the 12. For me, the 5s / SE 1 was still the best and premium looking phone.

iphone SE is still the most useless version ever

iphone 5 in black is still gorgeous

omg I remember being 8 and seeing the iphone 6 commercials when it first came out. That phone is my favorite phone of all time no amount of groundbreaking specs or design or visuals can ever make me stop liking the iphone 6.

Be sure none of the methods will help you like the folk ms from WAPTECS. These guys are the real deal in teams of hacking and won’t betray you

the music for iPhone 11 is so good

Never get all of one 😢

13:29 that one friend that knows how to piss u off

When you’re not even halfway through all the iPhones and you realize you own the iPhone on the ancient ad. 😂 It’s time to upgrade

In 10 years it'll be like: remember when you had to type? Now we just have to think what to say and it'll happen!

What about the one where the fling a wedding cake at an iPhone 11 Pro and it comes out spotless?

Hi people from the future!

i’m watching this on an iphone 12 mini

The iPhone 6s is the phone i have

overall the iPhone 12 mini is my favorite sponser video😃

The iPhone X was the best one 😂

4:06 This ad of iphone 6 has the most nostalgic ads for me as it was seen here in ph and i can clearly remember how i badly want that phone before 😭

I got an apple ad while watching this...

Would think it's a joke.

My iphone 12 is coming tomorrow 🥳

Did anybody else get an apple commercial??

Imagine an iphone 26 can fly😂😂

Iphone 8 HAD A GREEK COMMERCIAL I KNEW IT

I am from Greece

The iphone 6 ad is so cringy XD

13:53 wtf is this stupid shit, they should not be allowed to design commercials. So soul-Less.

me watching this with my android phone 👁️👄👁️

it kinda sucks that one iphone can’t stay “good” long enough to keep up with the new ones that come out…every…year..

iphone12: I have the best video quality ever! IPADPRO: *ROASTS iPhone 12

Some ads cannot be from Apple. iPhone 8 had no portrait lighting

Am stuck with the iPhone 8 my brother gave me... BUT IF I HAVE TIKTOK AM FINE!!!

Honest Trailers: it’s just the same thing! Apple: so you guys use an Android flip phone?

I’m stuck with the iPhone 6s Plus 🥲

iPhone 6s Plus is a highly advanced phone, whatchu complaining about

how do i remember and not remember the iphone 5 commercial at the same time?

Bruh who tf charges their phone at 75%

iPhone is a little rinse and repeat Why a new phone every year? literally out of date the minute it’s released Every year = minimal change Apple is the Call if Duty of phones Be more battlefield or Rainbow6siege

No way they just advertised the iPhone 1 to me…. And made me want it
Next 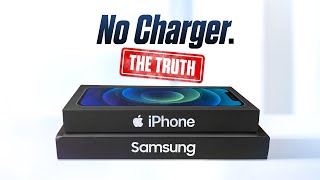 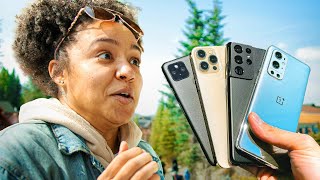 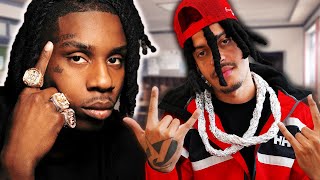 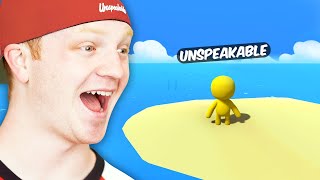 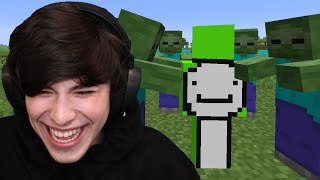 9:31
Hawaii under Tsunami Watch after 8.1 earthquake off Alaska
Views 606K